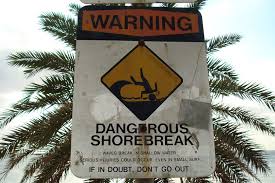 It’s very common, especially in areas like Sultanahmet, for Turkish people to come to you claiming they are tourist guides and that they can help you skip the queues at the entrance of the attractions. This is completely false. To be a tour guide in Turkey you must have a licence from the government saying you are one of the official tour guide and unless you have the tickets previously bought or museum pass will you skip the queue. For attractions such as Blue Mosque, where you don’t even need a ticket you just really have to wait.

When hiring a guide be sure they have the card and the Turkish Government also declared that you should pay at least 281 TL for a guide’ services.

One of Istanbul’s biggest problems! We highly recommend you to always choose a transport that doesn’t have to face the city’s traffic: ferries, tram, metrobus or metro. Theworst hours are in the morning 7 am to 10 am and after work 4 pm to 8pm. Luckily, the most interesting areas in Istanbul are covered by tram or ferries, which makes everything easier

Also, Turkish drivers are quite careless so be very careful when crossing the road. Don’t think you have priority. Ever!

Most parts of the city are quite dark and empty after sunset. There is also a big difference between winter and summer when people stay late and go out much often. Try to avoid dark or suspicious sidestreets, especially outside Sultanahmet.

Walk accompanied by least another person, preferably with at least one male present and don’t take much money with you, because you can always pay by credit card or use the cash-machines.

This is a terribly common Turkish trap. You may meet some very friendly people who will invite you for refreshments at a nearby bar or restaurant. After a few drinks, you will be presented with a huge bill, often amounting to several hundred euros. Saying that you don’t have that kind of money won’t help you much, as you will be escorted to the nearest bank machine to withdraw the necessary amount. This kind of thing typically is confined to the Taksim or Laleli, Aksaray area, happening usually on male-only ‘night clubs’ with presence of Eastern European Women.

Istanbul isn’t the easiest city to move around, let’s say. Many roads are in the works and to access most places you need to climb stairs. The touristic areas are also very crowded as well as the transports and Turks can be quite careless when walking (they don’t deviate).

So, for people with walking difficulties or in wheel chairs it can be quite hard to go around. I would recommend hiring a private car with driver and guide to make it easier.